~ kindly note that all monastic and lay members of our group offer their input for free, on a voluntary basis, except for the research assistants who receive financial support from the donors of the Āgama Research Group ~ 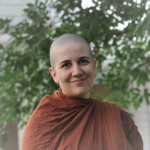 Bhikkhunī Dhammadinnā was born in Italy in 1980 and went forth in Sri Lanka in 2012. She studied Indology, Indo-Iranian philology and Tibetology at the University of Naples ‘L’Orientale’ and at the International Research Institute for Advanced Buddhology at Soka University in Tokyo and at the Institute for Research in Humanities at Kyoto University. She obtained her master’s degree in 2004 with a thesis containing an edition, translation and study of a bonpo gter ma and an investigation of the figure of his gter ston in the light of the emergence of the bonpo canon. Dhammadinnā then received her doctorate in 2010 with a dissertation on the Khotanese ‘Book of Zambasta’ and the formative phases of Mahāyāna ideology in Khotan in the fifth and sixth centuries. Her main research interests are the early Buddhist discourses and Vinaya texts, and the development of the theories, practices and ideologies of Buddhist meditative traditions. She is currently working on an edition and integral translation of the Tibetan Abhidharmakośopāyikā-ṭīkā and doing a comparative study of its āgama quotations. Dhammadinnā also serves as the series editor for the Āgama Rsearch Group publications with the Dharma Drum Publishing Corporation. In addition to her academic work, she has been practising meditation since 1996 and teaching it internationally since 2017. 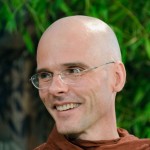 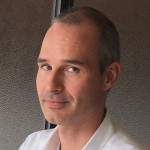 Marcus was born in Germany in 1971. He obtained an MA (Sinology) and Dr.phil (History of Religions) from Würzburg University and an MA (Communication Studies) from Nagoya University. He currently works as Associate Professor in the Department of Religion at Temple University, Philadelphia. From 2005 to 2011 he taught Buddhism and Digital Humanities at the Chung-Hwa Institute of Buddhist Studies and Dharma Drum Buddhist College, where he also supervised various projects concerning the digitization of Buddhist culture and was responsible for the Chinese Localization of TEI. His main research interests are the history of Buddhism in East Asia and early Buddhist sūtra literature. Besides that, Marcus is interested in the Digital Humanities and how to do research in the age of digital information. From 2005-2008 Marcus was  the project director of a comparative edition and partial translation of the ‘second’ Saṃyukta-āgama (別譯雜阿含經, T 100). With the Āgama research group he is now working on an integral English translation of this āgama collection. 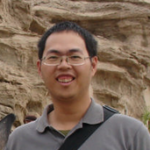 Jen-jou (aka Joey) Hung was born in Taiwan in 1976. He is a Professor of Buddhist Informatics in the Department of Buddhist Studies and Director of the Library and Information Center of the Dharma Drum Institute of Liberal Arts. He received his PhD in 2006 from the National Taiwan University of Science and Technology. He is currently engaged in a variety of digital archives projects at Dharma Drum Buddhist College. His research interests include authorship and translatorship attribution of ancient Buddhist literature, the construction of digital archives, and digital text processing. 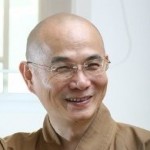 Bhikṣu Huimin was born in Taiwan in 1954 and ordained in 1979. He completed a PhD thesis on the meditation objects (ālaṃbana) of the Śrāvakabhūmi at the University of Tokyo in 1992. Since 1998 he has been the abbot of Seeland Monastery and the Chair of the Chinese Buddhist Electronic Text Association (CBETA). Presently he is a professor at the Taipei National University of the Arts and the president of the Dharma Drum Institute of Liberal Arts. 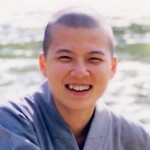 Bhikṣuṇī Deyuan was born in Taiwan in 1976 and received monastic ordination in 1998. She graduated from Dharma Drum Buddhist College in 2012, specialising in Tibetan language and Buddhist Informatics. Deyuan also studied statistics and worked as a research assistant for a project of stylistics analysis of the early Chinese Buddhist translations, focusing on translatorship attribution of āgama texts. At present, she is collaborating on a project of Āgama curriculum and textbook design for monastic education in Taiwan and is engaged full time in the TEI markup towards a digital edition of Śamathadeva’s Abhidharmakośopāyikā-ṭīkā together with Bhikkhunī Dhammadinnā since 2011. 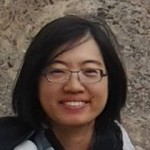 Wan-Chen was born in Taiwan in 1980. She graduated from the Dharma Drum Institute of Liberal Arts in 2017, specialising in Tibetan, with a thesis offering an annotated Chinese translation and study of the ninth chapter of the Tibetan Abhidharmakośabhāṣya. Wan-chen is collaborating with Bhikkhunī Dhammadinnā and Bhikṣuṇī Deyuan on the collation project of the Tibetan Abhidharmakośopāyikā-ṭīkā. She appreciates that she can continue to study the languages of the Buddhist traditions and Buddhist texts after graduating. Wan-Chen hopes that one day she could become a well-trained full-time translator – for the benefit of herself and that of others. 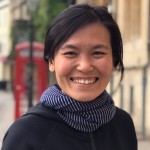 Liyi was born in Malaysia in 1983. She obtained a B. Sc. (Life Science) from the National University of Singapore and an M. A. (Religious Studies) from the Dharma Drum Institute of Liberal Arts (DILA). For her master’s thesis, she focused on the literary features of the Vedanā-saṃyukta of the Saṃyukta-āgama (Taishō 99), producing a comparative study in light of the parallel versions and an annotated English translation. Liyi previously worked as a research assistant in a Singapore General Hospital/Duke NUS lab studying chronic myeloid leukaemia drug resistance, then as a cultural secretary in a cancer society in Taiwan. She is now on team with the Chinese Buddhist Electronic Texts Association (CBETA) and assists the Āgama Research Group’s online retreats held in Chinese. 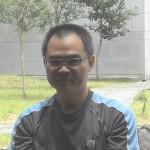 Ray Chou was born in Taiwan in 1966. He graduated in 1986 from the National Taipei Institute of Technology, Department of Electrical Engineering. He came to the Dharma in 1990, when he started to study meditation under Master Sheng-yen. From 1998 to 2007, he worked for the Buddhist Studies Information Network Center (BSIN) at the Chung-Hwa Institute of Buddhist Studies on the CBETA Taishō Tripiṭaka digitization project. Currently at the Digital Archives Section, Library and Information Center,  Dharma Drum Institute of Liberal Arts, he is one of the key programmers and developers in the Buddhist Informatics department. 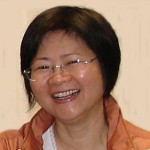 Chunyu was born in Taiwan in 1957 and graduated from FaKuang Institute of Buddhist Studies. She is currently the assistant of the director of the Library and Information center. Her past work experiences also include serving as project assistant and secretary of the Buddhist Informatics program. She really enjoys the natural environment and the tranquil atmosphere of Dharma Drum Mountain. 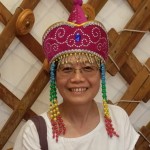 Hsiulan was born in Taiwan in 1958. She was a student of Master Sheng Yen at the Institute of Buddhist Study, China Academy from 1982 to 1985. Hsiulan was then invited by the Miami Buddhist Association to offer her assistance in Florida from 1989–1993, where she also had the opportunity to further her studies at Florida International University, majoring in Adult Education and Human Resources Development. After graduation, Hsiulan was asked by Master Sheng Yen to return to the Chung-Hwa Institute of Buddhist Studies (CHIBS), where she worked as the secretary since 1994. From 2010 Hsiulan has been the head of the public relations department at the same institute. In addition to her other duties at Dharma Drum Mountain, she has also been supporting the ĀRG with funds management since 2017. 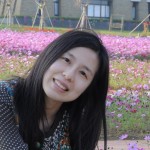 Peishin was born in Taiwan in 1978. She obtained her master degree in religious studies from Fo Guang University. She is currently the executive editor of Dharma Drum Journal of Buddhist Studies, Dharma Drum Institute of Liberal Arts Research Series, Translation Series and Special Series. She feels honoured to be part of editorial team for the publications of the ĀRG. 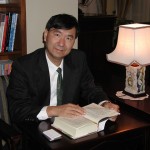 Ken Su was born in Taiwan in 1951. He is an independent scholar in the field of Āgama studies, focusing especially on structural aspects of the Chinese Āgama collections. Among his research interests, there is also textual criticism of Chinese Buddhist texts. He is currently working on a comparative study of the stanzas of the Chinese Dharmapada / Udāna collections (Taishō nos. 210, 211, 212 and 213). 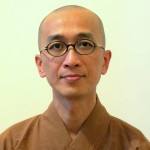 Bhikṣu Changrui was born in Taiwan in 1965. He studied at Fuyan Buddhist Institute (Xinzhu, Taiwan) from 2005 to 2011, ordaining as a bhikṣu in 2006. In 2011 he joined the graduate programme at Dharma Drum Buddhist College, with a focus on Indian Buddhism. He has completed his Master’s thesis on āgama manuscripts and fragments (especially the Ekottarika-āgama) in the Dunhuang manuscripts in May 2015. Bhikṣu Changrui is the abbot of Huayu monastery in Taizhong (Taiwan) and currently resides between Taiwan and Chuang Yen Monastery (Carmel, New York) with the venerable Bhikkhu Bodhi. 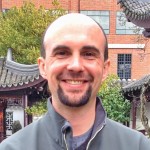 Michael (Mike) Running was born in Oregon, USA, in 1975. He received a Master’s degree in Regional Planning from the University of Oregon in 2002. In 2006 he was ordained a monk in California, and moved to Taiwan in 2011 to begin a period of intensive Chinese study at the National Taiwan University. In Taiwan he resided mostly at Dharma Drum Mountain, and there began exploring the Chinese resources for Early Buddhist studies, including the collaboration with Bhikkhu Anālayo on the English translation of the Chinese Saṃyukta-āgama. He has also spent a semester at the Fuyan Buddhist Institute (Xinzhu). In late 2013 he made the decision to leave the monastic training and return to his home state of Oregon. He currently resides and works in Portland as a professional experiential and relational counselor, and continues to be involved with various Āgama-related projects. 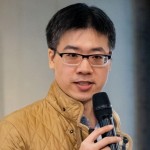 David Chiou was born in Taiwan in 1976. He received his Bachelor’s Degree in Electrical Engineering from National Taiwan University and holds a Master’s Degree from the Media Lab of Massachusetts Institute of Technology. While at MIT, David’s research led to his founding of Groundhog Technologies, of which he is the CEO. David is an early volunteer of CBETA (Chinese Buddhist Electronic Text Association) and other Buddhist online resources in Taiwan, the chief editor of the book series “Savoring the Saṃyukta-āgama” (好讀雜阿含經, Dharma Drum Publishing Corporation, 2015–). He helps out as the coordinator of the Chinese editions of Bhikkhu Anālayo’s practice books as well as the coordinator of online events of the Āgama Research Group held in Chinese. David started attending silent retreats in 1994.