“One has heard much and widely, keeping and maintaining without loss of memory the profound teaching that is good in the beginning, middle, and end, with truthful meaning and phrasing, being the equipment of the pure life, which on having been heard enters the heart” (DĀ 10 at T I 54c28)

The Āgama Research Group was (in)formally constituted in the autumn of 2012. Our group grew out of the long-term personal and scholarly friendship and collaboration among its core members. We are academics and scholars based at or affiliated with the Dharma Drum Institute of Liberal Arts. The  Āgama Research Group’s vision as an academic community is informed by the intention to support the dialogue between traditional and text-critical / text-historical learning – the study of the Dharma, and the study of ‘Buddhism’ in the light of the principles of change and dependent arising. The  Āgama Research Group is at the same time dedicated to collaborative research between philologically trained scholars who specialise in early Buddhist philology and scholars of the digital humanities, and it is devoted to fostering exchange between local scholars in the Buddhist countries and international academia. We have a long-term plan of translation work, research, scholarly seminars and publications. From 2015, our group has been supported by the Fundación Bodhiyāna para la difusión del budhismo en su visión integral (Argentina) as well as by a few individual donors from around the world. 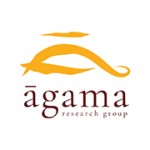 The turtle of our logo (can you see it?) is a symbol that evokes the exceeding rarity of the coming together of two conditions: the manifestation of the Dharma as the Buddha’s liberating teachings in history and the possibility of coming into contact with them having attained human birth. In a well-known simile featured in early and later Buddhist texts, the Buddha describes a wooden yoke with a single hole floating on the ocean’s surface blown hither and thither and the possibility that  a blind turtle breaks the surface of the ocean once every hundred years finding its head in that hole is compared to the event of beings obtaining a human birth, hearing and putting into practice the Dharma and Vinaya made know through the appearance a Tathāgata in the world.*

Our turtle also conveys a wish for the longevity of the Dharma and our aspiration to contribute to the continuity of its transmission. The āgamas literally stand (in both Pali and Sanskrit) for the authoritative transmitted, received texts functioning as a vehicle for the teachings. They are the body of the transmitted teachings of the Buddha as they have come down through history. The āgatāgamāḥ (Chinese 阿含及所得 or 阿含及其所得), those who have received and maintain the transmitted texts of the Tathāgata, are the ones to whom and through whom his Dharma and Vinaya have continued to exist in the world.

In the current climate and existential crisis with human wellbeing and survival being globally endangered, our Āgama Research Group is committed to embodying the same spirit as the āgatāgamāḥ, so that the Dharma may remain accessible in its integrity, be understood in its liberating essence as well as comprehended in its text-historical and doctrinal developments, be realized, and give joy and true refuge as long as human life lasts on this planet.